Rockland is a smaller mortgage company specializing in Home Improvement, Refi, and Cash Out Refi loans. Rockland has a high proportion of conventional loans. Their top markets include Boston, Providence, Barnstable Town, Worcester, and Laconia among others. Rockland has an average approval rate for mortages when compared nationally. They have a below average pick rate when compared to the same sample of other lendors. Rockland is typically a low fee lendor. 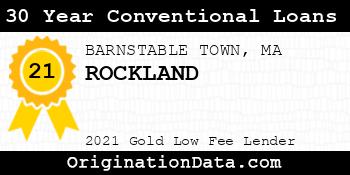 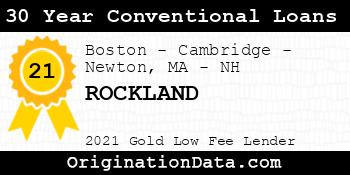 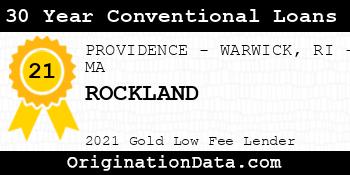 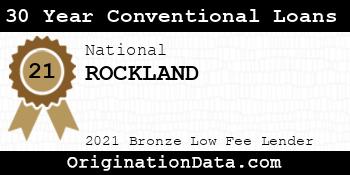 Rockland's top markets include Boston, Providence, Barnstable Town, Worcester, and Laconia among others.

For the 2021 period, Rockland's most frequently originated loan type of loans were Conventional, with 1,636 originations.

$2,681 of loans were Rockland's average total fees, while their most frequently occuring range of origination fees were in the $<1k bucket, with 1,003 originations.

During 2021, Rockland's average interest rate of loans were 3.04%, while their most frequently originated rate bucket of loans were 2.5-3%, with 1,086 originations.

Rockland lent most frequently to those with incomes in the $100k-150k range, with 450 originations. The second most popular income band? $150k-250k, with 442 originations.

Total approvals of all applications
87.35%

Rockland has an average approval rate.

Rockland has a below average pick rate.